Choosing firewood for your chimney is important, because what you burn can determine the amount of creosote in your chimney. If the narrow passage where combustion materials are carried out of your home is clogged by creosote, it can be problematic. However, you can control how much creosote is deposited in the flue by burning the right firewood.

Creosote Layers & The Dangers It Presents

Creosote is something to take seriously, the brownish tar like deposit is highly flammable and can be ignited by embers in the chimney lining. If it’s not removed in a timely manner, the creosote can form a second and third layer, making it harder to clean and remove. 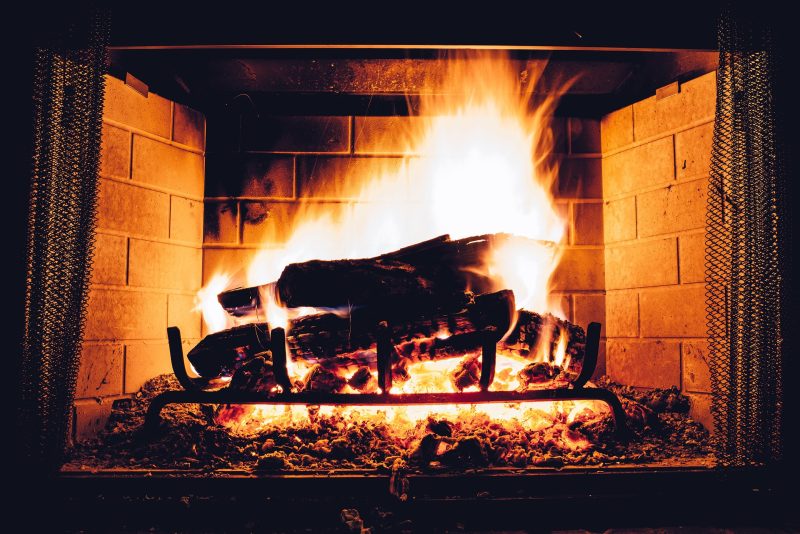 When choosing your firewood, it’s important to consider types that will reduce the amount of creosote that will be deposited. Your firewood choices are important, and we recommend thinking about the moisture and density factors in firewood options.

Moisture is one of the factors you’ll want to consider with firewood. Trees are about 45% moisture when they’re first cut, and firewood should be about 12% of that moisture. We don’t recommend burning unseasoned firewood because there’s a lot of moisture, with gallons of acidic moisture being released into your chimney. Those acidic deposits together with creosote are extremely flammable and can accelerate deterioration of your chimney.

The firewood drying out process is normally done by stacking it in a way that it can benefit from air and sunshine while being protected from rain. When firewood is properly dried out, and referred to as seasoned firewood, the drying out and seasoning process can take about six to twelve months to season it. It’s important to burn only seasoned firewood, and we’re sharing why in one of our Valley Chimney blogs.

When you choose softwood, it’ll burn quicker and produce less heat, meaning it can leave behind more creosote in the chimney. If you would like a hotter fire, and more warmth, we suggest using dense hardwood because it’ll require twice the softwood to produce the same amount of heat. In a blog article, we shared more about the difference between hardwood and softwood, and which one is best.

Using the right firewood, will keep your chimney running properly and everyone safe.

“They were very prompt, professional, willing to spend the extra time to discuss all details. Definitely would call again and highly recommend to others. Reasonable price for the work done after comparing to several other competitors.”