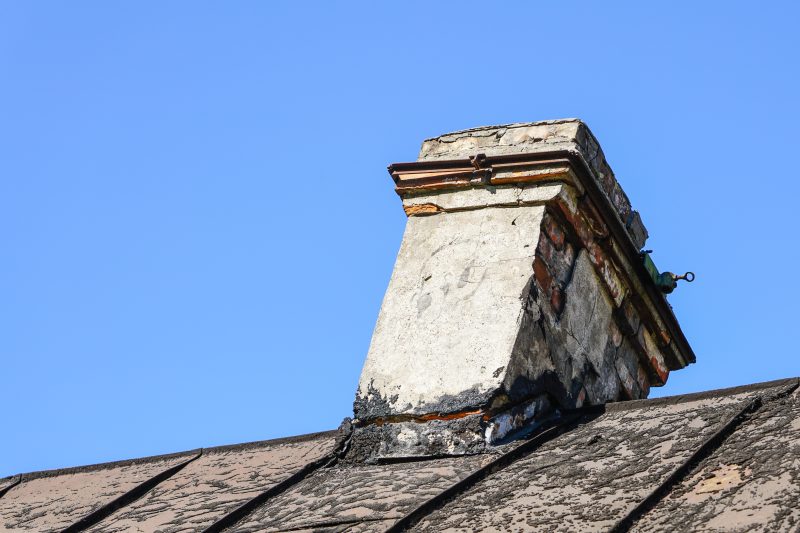 Chimney damage can appear from many different things, including chimney fires, leaks, weather and more. Over the years of our team repairing chimneys, we’ve seen damages from each of the reasons that we’ll mention below. Damages will happen over time, your chimney won’t remain in pristine condition until the end of time. But it is a good idea to stay vigilant on your chimney’s condition.

It’s important to keep in mind that if your chimney is damaged, it will not properly operate and it can become dangerous. Learn more about the damage that your chimney can incur below.

If you’ve just moved into a home that’s older, but newer to you, it’s important to have a chimney inspection done as soon as possible to circumvent any issues you may have. Especially, if you’re not sure how the chimney was built.

A chimney leak can be caused by a number of factors, and while it can start off as small, it can eventually cause bigger problems throughout the entire chimney system. We’ve seen that when a chimney leans or collapses, the problem usually starts because of a leak in the masonry, chimney crown or other components.

Water is corrosive, and will destroy bricks over time. It can lead to major mold and rotting issues in home building materials that have been used. We recommend addressing a leaky chimney early on, of course that may not always be possible, but we wanted to share some signs that might indicate a leak has happened or will be occurring soon:

Your chimney is probably the most exposed part of your house, besides the roof that will suffer damage from the weather. Whether it’s heavy winds, hail, lightning, normal house-settling or other weather conditions, your chimney will see the repercussions. While it can’t be prevented, you can address the problem immediately or soon after it happens.

If you believe your chimney has been damaged from the weather or natural disasters occurring, but you’re not entirely sure because you can’t inspect it; the best thing to do is to call a certified chimney sweep and schedule an inspection. They’ll be able to tell if there’s a problem you need to fix right away.

If you had a chimney fire happen, it’s important to have a chimney professional come out to your home as soon as possible, as a lot of internal damage happens due to chimney fires. While the fire may not have been big, or burned for a short time, it can begin a cycle of damage that is best to have resolved sooner rather than later.

Chimney fires begin when a build up of creosote ignites in the flue, it can affect the chimney liner and interior masonry. When the creosote lights up, it can cause the bricks and mortar to loosen and become cracked, allowing water in and causing even more damage. Chimney fires will destroy liners and can pose a bigger risk to the walls and insulation the next time there’s a fire.

Not sure how to get started with fixing the chimney damage? Contact a CSIA-certified chimney professional, like Valley Chimney Sweep & Restoration to schedule an inspection and receive a thorough assessment. The chimney professionals can recommend the right repairs and work that the structure will need.

We’ve been sweeping and repairing chimneys for over 40 years, we’ve seen a lot and we know what it takes to repair your chimney properly. If your suburban Chicagoland home needs a chimney inspection or repair, contact us today to get started.

“It is not often that I can speak highly about customer service experience, but I'm more than happy to write this review. I highly recommend Valley Chimney Sweep & Restoration. They restored my chimney that was crumbling after a different company 'fixed' it - and did an amazing job. Great service from start to finish with a 10 year masonry warranty. Thanks guys!”